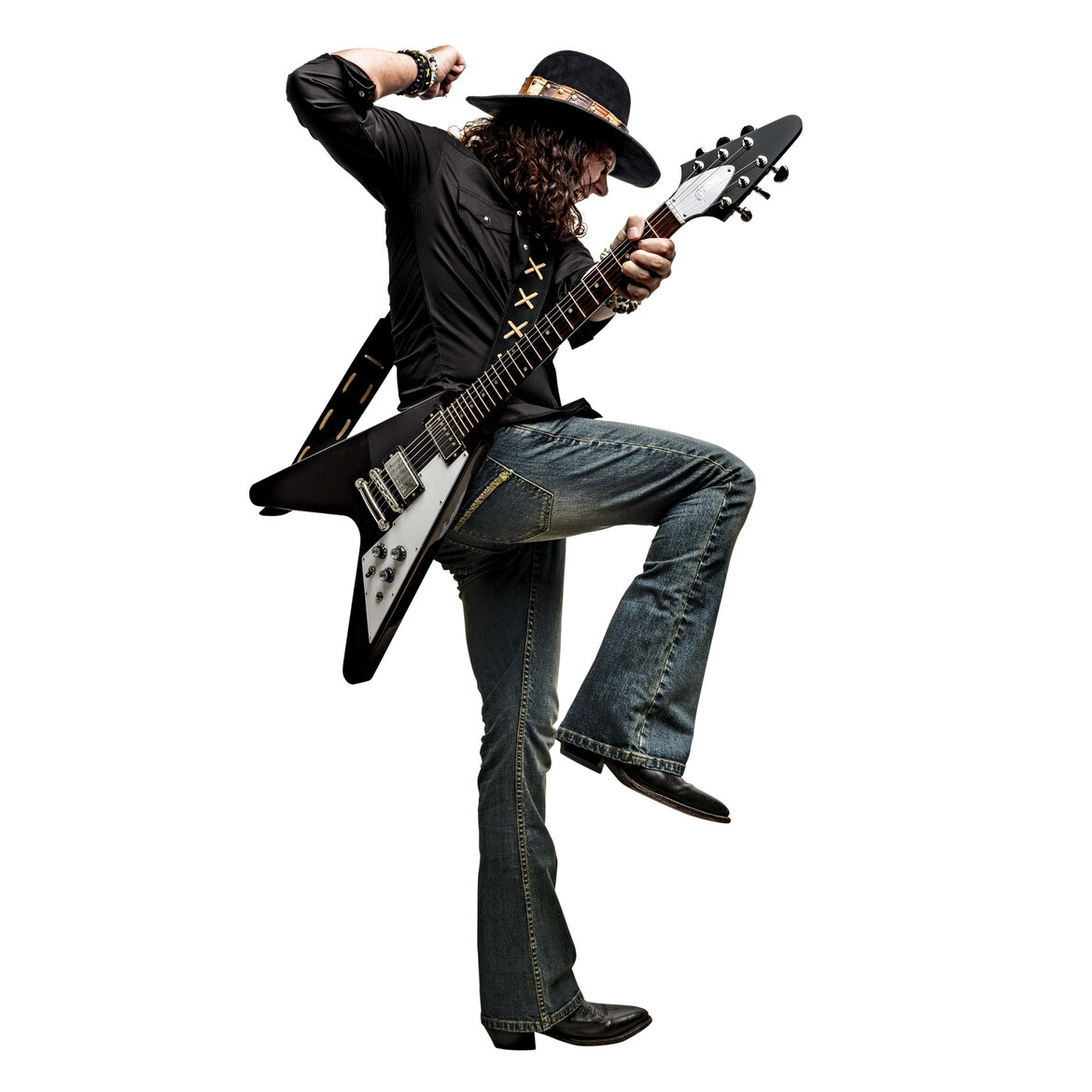 Anthony Gomes, #1 Billboard Blues Artist, is a triple threat force as a guitarist, vocalist and songwriter. This, along with his high-energy shows and dynamic stage presence, make him one of the top draws on the Rock/Blues circuit today.

Gomes’ new record Peace, Love & Loud Guitars, named Best Blues Album of 2018 by Blues Rock Review and SoundGuardian Magazine, is the culmination of a life spent honoring Blues traditions while never losing sight of his own identity. The Toronto born guitar slinger stands his ground as a creative artist, not a derivative history lesson, and is eager to push the Blues back into the mainstream.

“My goal is to keep the Blues fresh, exciting and even dangerous,” says Gomes. “I want to bring back the thrill longtime Bluesmen created in their day. At the same time, I think it’s very important for the music to grow and evolve.”

He has performed with the likes of B.B. King, Buddy Guy, Robert Plant, Heart, Sammy Hagar, Joe Bonamassa, .38 Special, Jonny Lang, Robert Cray and Kenny Wayne Shepherd. Gomes recalled a conversation he had years ago with one of those legends. “B.B. King told me the Blues are like the laws of the land. They need to be amended to the times we live in,” Gomes said. “As an artist, it’s very exciting to think that the Blues can be just as ground-breaking today as it ever was.”

Not content to only contribute to the Blues as a musician, Gomes is also an award-winning scholar of Blues history. He earned the University of Toronto’s C.P. Stacey Prize for the highest overall GPA by a history student, completed his Master’s Degree thesis on the racial and cultural evolution of Blues music, and graduated with high distinction. His thesis, The Black and White of Blues, was published in 2014 and was nominated for Best Blues Book of the Year by Blues 411.

Believing that music can inspire the human spirit, Anthony founded the Music Is the Medicine Foundation in 2010. This non-profit organization is dedicated to changing the lives of others through the healing power of music. Through private donations and winning sizable grants from State Farm Insurance and CVS Pharmacy, the foundation has funded songwriting scholarships, offered music education programs, and donated musical instruments to those in need. Most recently, MITM partnered with Montreal General to bring a “first of its kind” music therapy studio to a Canadian hospital setting bringing light and hope to those in their darkest hour. Without passion there is no music. Anthony Gomes has nothing left to prove while leaving all his passion on the table. Nonetheless, he continues striving to not only find the legendary “lost chord,” but the ultimate combinations of words, notes and performance. Looking for an actual 21st Century guitar hero? Here he is.