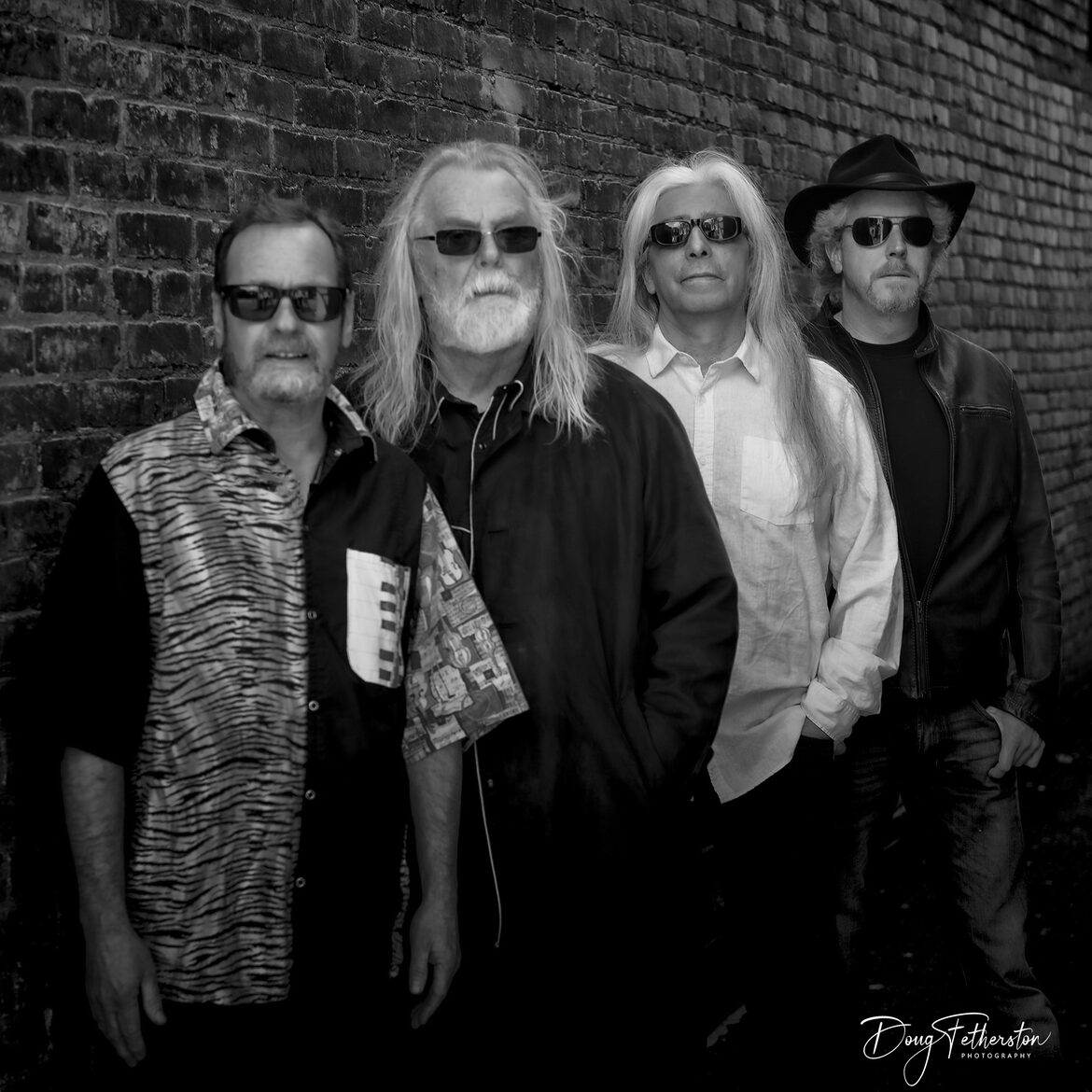 This is no tribute band … the strong, melodic themes and grooves are themselves a tribute to the great rock tunes these veteran musicians honed their skills and creative expression on.

BIG PACIFIC is a band… not a solo act with hired players, different at each show. This is a four-piece band put together with the sole purpose of taking the stage and rocking the house. Wherever they go, BIG PACIFIC is the consistent, professional, party time musical unit that audiences expect. Get to know Vancouver Island’s own BIG PACIFIC! Catch the wave with a CD and a show! See you there!

Roly Sandoval, guitar & vocals: Is a veteran of Western Canada’s professional music scene. Starting off in Calgary in the 80s he went on to work in some of Alberta’s premier rock bands. He’s also done extensive studio work, appeared on radio and TV, and has played great rock and roll from the Arctic Circle to Mexico.

Nick Dokter, drums & vocals: Started his music career in South Africa at the tender age of 14, quickly becoming a sought-after session player. He continued his studio work in London at the PYE Studio where he rubbed shoulders with Ronnie Wood, Arthur Brown, and Van Morrison. Nick carried on his session work upon arrival in Canada, working with the Juno-nominated Richard Stepp Band, Oliver and the Elements and Jimmy D lane son of late Muddy Waters guitar man Jimmy Rogers.

Wayne Veillet, bass & Vocals: Wayne is Big Pacific’s true Nanaimo connection. After finding the call of the bass guitar, he honed his skills here before branching off to the mainland and Alberta and he’s been rocking ever since. Wayne brings talent, dedication and technical expertise. Having been with a popular local band, for 16 years and establishing his ‘Wayon Sound’ recording studio. Wayne is the real deal and a welcome addition to Big Pacific.

John Hannah, keyboards: aka Johnny Blitz is a multi-talented musician featured on keyboards, guitar and vocals. John has done extensive studio and TV work. He has performed on a litany of fabulous music shows including (but not limited to) Live Aid, David Letterman, The Princess Diana Trust Concert, Solid Gold, American Bandstand and Tina Turner’s performance on the Juno’s back in the day! Even more impressive is John’s 2.5 years in Heart’s touring band and 8 years touring with Bryan Adams! Needless to say, John is a musician’s musician and Big Pacific is proud and thrilled to have him join the band.