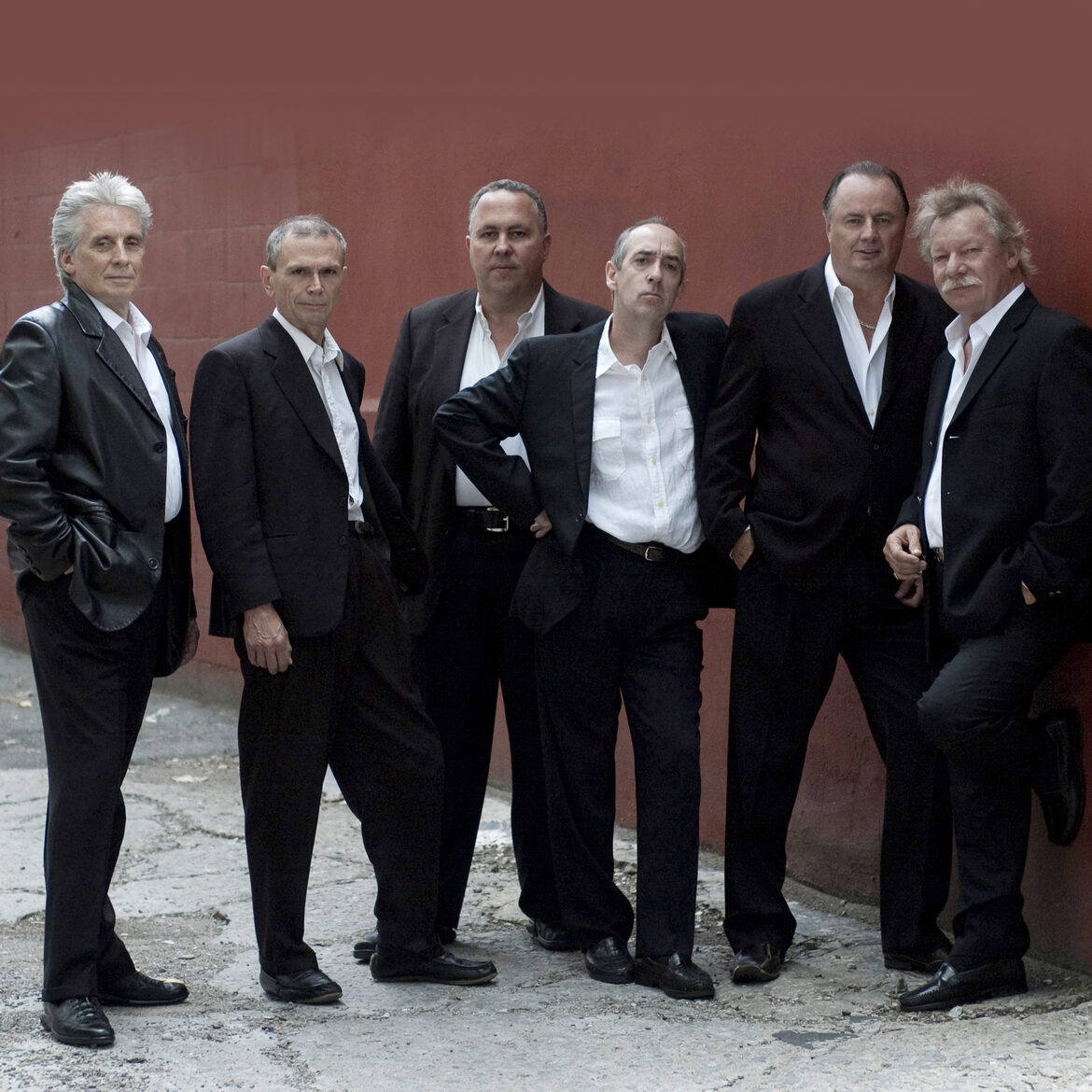 It’s tempting and not altogether far-fetched to apply an engine metaphor to the mighty Downchild, one of the planet’s foremost, most fêted, longest-running blues outfits with quite possibly the best back story ever told.

It’s tempting and not altogether far-fetched to apply an engine metaphor to the mighty Downchild, one of the planet’s foremost, most fêted, longest-running blues outfits with quite possibly the best back story ever told.

Actually, the 2017 iteration of Downchild — with each member boasting a minimum of 20 years of service — might be the most electrifying yet. For proof, simply check out the sextet’s towering, lid-lifting, juke-joint–jumping 18th studio album, Something I’ve Done, a bona fide group effort and a sonic highlight in a 50-year career spilling over with them.

Indeed, if Downchild didn’t exist, the blues world would have to invent them. Who else could so clearly serve as contemporary torchbearers for riveting original music firmly rooted in tradition while acting as a thriving spiritual link to past greats like Sonny Boy Williamson II, James Cotton, and B.B. King?

But don’t take our word for it. Downchild’s epic reputation has been reaffirmed time and again.

Witness their 2014 Blues Album of the Year Juno Award for their last studio effort, Can You Hear The Music — their second Juno win overall. Their boatload of Maple Blues Awards. Their marquee billing on the globe’s most prestigious stages. And, of course, their inimitable 1973 reading of Big Joe Turner’s classic “Flip, Flop and Fly” which placed Walsh and band co-founder, late brother Richard “Hock” Walsh on the charts and in the souls of music fans worldwide.

“I was pretty lucky to get a hit record just a few years after starting the band,” Walsh confirms. “After that, the rest is geography. You just get in the van and go, and that’s what we did. For the longest time, we played 250 to 300 dates a year.”

Musical careers don’t rev higher than that. But how does Downchild keep the creative process fresh, preventing itself from becoming an oldies machine? Band-wide songwriting input, that’s how.

“The fact that a bunch of guys in the band have been writing songs means this album has a different flavour to it,” says Walsh, previously the principal songwriter on Downchild records. “We are really looking forward to playing these songs live.”

“It’s a challenge to go into the studio and come up with new tunes but it’s a fun challenge,” Downchild singer Chuck Jackson adds. “And it’s really fun for us to play new songs when we go on tour. We will always play the staples but doing the new tunes keeps us fresh. We’re not a jukebox.”

Something I’ve Done is a truly collaborative effort, with Walsh writing the brisk instrumental “Evelyn,” Jackson penning “Albany, Albany” and the cheeky “Mississippi Woman, Mississauga Man,” bassist Gary Kendall chipping in “Mailbox Money” and “Take A Piece of My Heart,” keyboardist Michael Fonfara bringing “Something I’ve Done” and “Can’t Get Mad at You,” and drummer Mike Fitzpatrick offering “Into the Fire.”

Rounding out the album’s stellar 10-track roster is “Worried About The World” by noted B.C.-based bluesman David Vest and “She Thinks I Do” by onetime Downchild member, late singer John Witmer, a song that had essentially been mothballed until now.

“Quite a story with that song,” Walsh allows of Witmer’s rollicking but wryly mournful tune. “It’s never been part of our live set, we never recorded it and John passed away a long time ago (in 2004). I don’t think we played it even when John was alive. But it’s kind of a tribute to him.”

While the writing behind Something I’ve Done marks a new way of working for Downchild, the album’s recording found the band sticking with the tried and true. The six assembled at Toronto’s Loud Mouse studio with award-winning engineer L. Stu Young who also assisted on Downchild’s Can You Hear The Music and who has a history with the band dating back to the mid-1990s. (Other Young credits include Prince, Triumph, Alan Doyle, David Wilcox, Great Big Sea, The Guess Who, and Prairie Oyster).

“Since we made the last record, they have acquired a baby grand piano, so this time we were able to do the whole record there,” bassist Kendall says of Loud Mouse. “The studio has three different rooms separated by the control room, so we could all have visual contact. It helps if you can look at someone while you’re playing, as well as hearing them. And L. Stu Young has great ears.”

Says Jackson, “On the new album, you will see various songwriting credits but it is very much a collaboration with everybody adding their two cents.” “I think we are keeping a tradition alive, whereas a lot of newer bands are leaning more to blues-rock,” Kendall notes. “This is not blues rock. It’s jump blues. We are trying to move the form forward, writing songs that relate to today, but we have a line we don’t cross.”

“And we all know each other so well that things tend to come easy,” Walsh offers, namechecking Kendall’s “Mailbox Money” as an example of a song that hit the sweet spot in the studio. “Over the years, there have been many different players in Downchild, but now we’ve stuck with the same guys as everyone gets along personally as well as musically. That comes off in the live performances, too.”

Now that the new album is done, Downchild is ready to do what it does best: perform, taking blues on the road to fans old and new from Nanaimo, B.C. to Norway and back again. “We really hope people get a chance to hear this record,” Jackson says. “It would be great to win another Juno but it’s not really about awards. We are all still very hungry to make this music, no doubt about it. We love what we do.