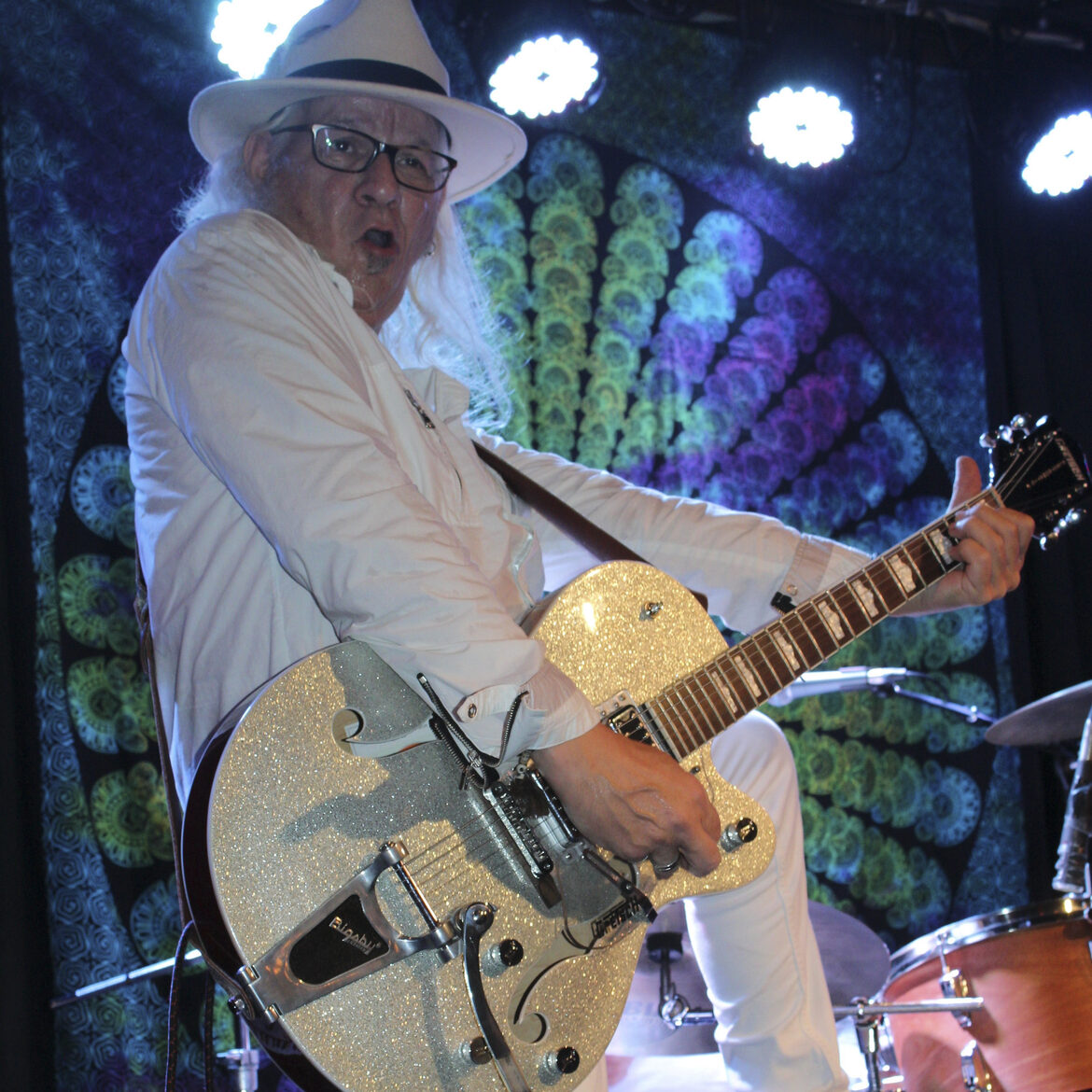 “High energy Progressive and Regressive Blues, with soaring solos and infectious grooves that will have you dancin’ in your shoes!"

Whitey Somers is a veteran bluesman, a 40-year man! From the age of 16 guitarist, Motorhome Records recording artist, singer, songwriter Whitey Somers has been performing internationally at festivals, concerts and clubs, on the bill with many talented musicians, such as David Essig, Harp Dog Brown, Rick Fines, Jeff Healey, David Vest and Wicked Grin to name a few. He’s been on Vancouver Island since 2013, having moved here from Collingwood and Hamilton. There’s been a lot of shows over the last 40 years, and a lot of great music. If his last name seems familiar, it might be because he is the nephew of the late classical composer Harry Somers. Whitey currently performs with his full band and some solo acoustic performances. Whitey is also guitarist for “Blue Dog Ramble”, who released their debut CD “get off that couch” in 2019, and as bassist/vocalist for Psycho Pop Blues outfit “The Screaming Gas”.

The song “Down That Road” ( the title track from the latest CD release ) was on the short list of the 2018 Canadian Songwriting Competition.