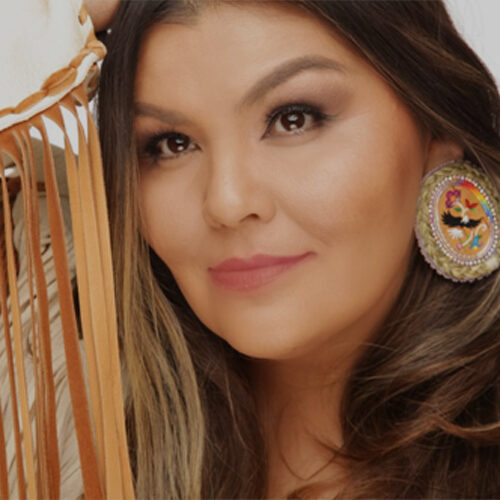 Crystal Shawanda is described as a powerhouse blues vocalist who is a deeply soulful singer-songwriter. Crystal is blues and country songstress from Wiikwemkoong First Nation, Manitoulin Island, Ontario. She is Ojibwe Potawatomi. Her name translates to “Dawn of a New Day” in the Ojibwe language. Indigenous people have a deep connection to the land they are from, which is the inspiration for many of Shawanda’s songs.

Crystal moved to Nashville and in 2007 where she signed with RCA Nashville and released her first single, "You Can Let Go" which sold over 50,000 copies and debuted in the Billboard Top 20. It became the highest charted album by an Indigenous person from Canada at the time. CMT documented her rise to fame in a six-part series Crystal: Living the Dream, which was broadcast in February 2008.

After two successful albums and two Junos (Best New Artist, Country Album, 2009) Crystal followed her love of the blues and started performing and recording the blues. In 2013 Crystal was invited to perform at Barack Obama's Presidential Inaugural Ball . Crystal has gained a recognition and following on both sides of the border. She has numerous awards including Aboriginal Peoples Choice Awards, Canadian Aboriginal Music Awards, Canadian Radio Music Awards, Indigenous Music Awards and 6 Junos.